Please do not use this site on Shabbos or Yom Tov.
BH

by Esti Horwitz
posted in Blog
Comments Off on Oldest Siddur Ever Found! 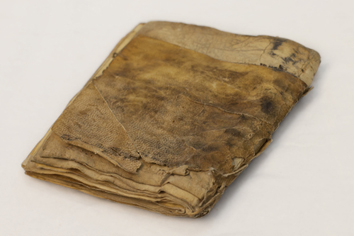 Nothing to do with ketubot today, but an exciting discovery was made: World’s Oldest Siddur Slated For Future D.C. Bible Museum.

As the article says,

The discovery of the oldest Jewish siddur (prayer book) ever found has set off a flurry of attention on ancient religious texts. Dating back to 840 CE, the siddur sheds new light on medieval Judaism and the continuity of Jewish traditions over time.

Currently part of Hobby Lobby President Steven Green’s “Green Collection,” the largest private collection of biblical texts and artifacts in the world, the siddur and the rest of the collection will be donated to the as yet unnamed international Bible museum in Washington, D.C., slated to open in 2017.

Orthodox Ketubot is the only site of its kind to allow you to buy strict Orthodox Ketubot with Orthodox texts.
© 2022 - Privacy, Terms & Conditions | Resources | Sitemap | Twitter | Facebook | Partners: Ketubah Artists' Association, This is not a Ketubah Yes it is, Bespoke Ketubah